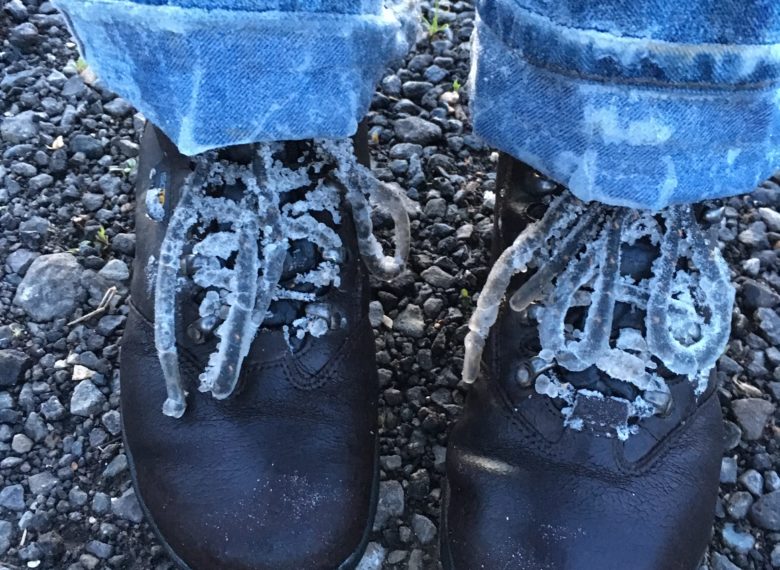 If ever you meet an English grape grower in late April or early May, chances are they will be a little distracted. This is the time of the year when a late frost can decimate the vineyard.

temperatures below -2.8C will kill 90% of the primary shoots

Grape vines are very tough indeed during the winter – they can deal with -40C for long periods – but when the buds start to swell and burst in the spring they get a lot less tough. Once the fourth leaf has separated from the stem any temperatures below -2.8C will kill 90% of the primary shoots on the vine and anything below -1C will do some damage. Sometimes secondary and tertiary buds will come through, but they produce a lot less fruit than the primaries and, while they ensure the vine’s survival, they do nothing for the vineyard’s finances. 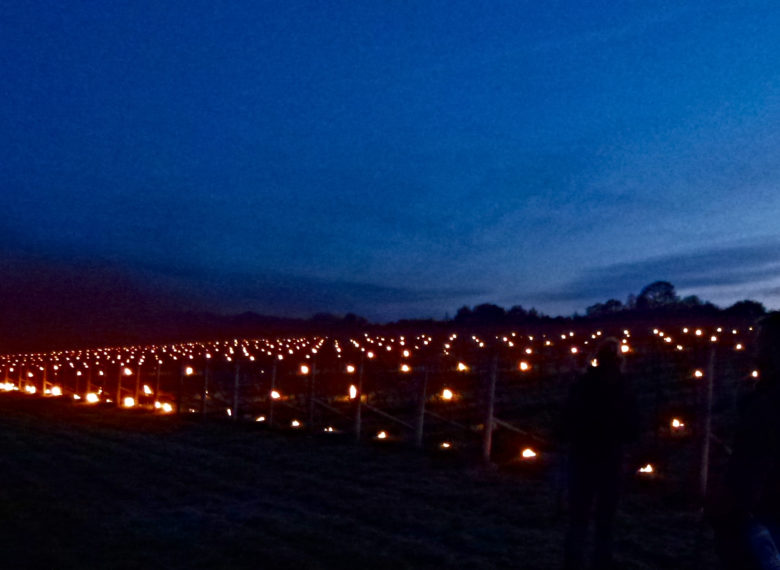 Over the decades, and around the world, people have been coming up with different ways to limit the damage the frost wreaks. In Burgundy they traditionally set light to large bales of straw to create a layer of smoke over the vineyards that reduces the impact of a sudden thawing of the buds. Where there is plenty of stored water, sprinkler systems can be used to encase the buds in ice which, counterintuitively, insulates them from getting any colder than about -1C. There are even huge fans that blow the cold, still air at ground level some 300 feet in to the air creating a sort of convection current, drawing warmer air in from elsewhere.

At Burge’s Field we use candles – very big candles, each about the size of a bucket. Every year we set them out in the vineyard at about 400 to the acre. Then we wait. An alarm on the weather station sends out a text when the temperature gets to 0.5C. If it keeps falling then the calls go out and a dedicated band of frost warriors leaps out of bed and converges on the vineyard. Armed with flaming weed wands we speed up and down the alleys lighting the candles – and, thankfully, they really work. In 2017, for example, the frosts were the worst for many years and on the 28thApril the temperatures outside the vineyard got down to -5.8C. We were hit hard, losing some 50% of the buds in the lowest lying and furthest advanced areas but, if we hadn’t had the candles keeping temperatures above -3C we would have lost probably 75% of the whole vineyard.

Despite the unavoidable dread at the potential damage, there is an upside to frost duty – the moon sailing above a vineyard filled with flickering candles and then the gradual lightening of the sky in the east as the moon is extinguished by the arrival of the sun.